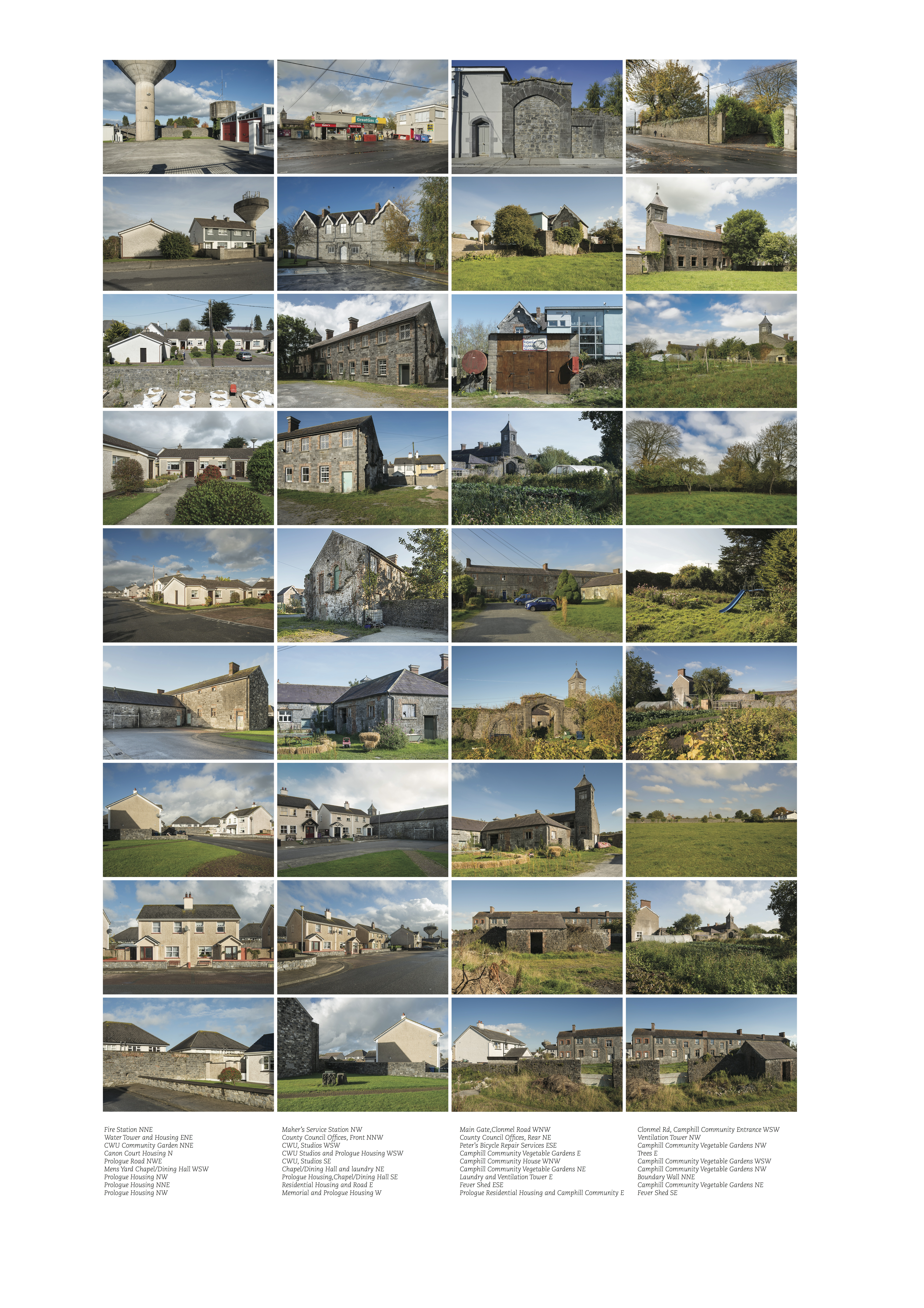 Workhouse Union operates out of a wing of Callan Workhouse, where we have an office, PrintBlock Callan (textile screen printing studio), research room and library. Within our building, we share facilities with artist Ciaran Murphy and Peter’s Bike Repair Services. Our immediate neighbourhood is enriched with a tapestry of social activities including an organic garden managed by Camphill Callan.

The town of Callan in Co. Kilkenny has established itself as a hub for artistic activity with a network of organisations and collectives including KCAT Arts Centre, Equinox Theatre Company, Abhainn Rí Festival, Fennelly’s of Callan, Monkeyshine Theatre, Asylum Productions, Tony O’Malley Residency and Trasna Productions.

Callan Workhouse has a significant history in our town and first opened in 1842 as part of a monumental social engineering project across Ireland and Britain under the Poor Law Union Act of 1838. The top-down approach enclosed and excluded the most vulnerable in society in a formidable institution which compounded inequality and systematic stigmatisation. That this law and the attitudes which made it policy, have continued echoes in social policy and public attitudes in Ireland and Europe today lends the workhouse as a site of contemporary critical urgency. Since the Workhouse was closed in 1921 following Irish Independence, the history of the building has been layered with new uses and stories and is currently a site of civic and residential use. The current 6-acre site includes the fire station, County Council area offices, housing, cultural spaces and horticulture.

Workhouse Union works closely with Camphill Callan to bring public access and awareness to this emblematic building and its history. There is great interest in the significance of the Workhouse, both locally and beyond. Over the past fifteen years many stakeholders and voices have been involved in a creative and collaborative process of planning for the future of the building and six-acre enclosure including – Callan Heritage Society, the Heritage Council, Kilkenny County Council, Endangered Studios, Abhainn Rí Festival, UCD School of Architecture, our neighbours in Prologue and many others.

The two most significant public engagement projects to date have been Asylum Theatre’s site-specific theatre work ‘Six By Sundown’ by Asylum Theatre in 2008 and Workhouse Assembly, a 12-day active research workshop in 2013 led by the Workhouse Union team.

This website uses cookies to improve your experience while you navigate through the website. Out of these, the cookies that are categorized as necessary are stored on your browser as they are essential for the working of basic functionalities of the website. We also use third-party cookies that help us analyze and understand how you use this website. These cookies will be stored in your browser only with your consent. You also have the option to opt-out of these cookies. But opting out of some of these cookies may affect your browsing experience.
Necessary Always Enabled
Necessary cookies are absolutely essential for the website to function properly. This category only includes cookies that ensures basic functionalities and security features of the website. These cookies do not store any personal information.
Non-necessary
Any cookies that may not be particularly necessary for the website to function and is used specifically to collect user personal data via analytics, ads, other embedded contents are termed as non-necessary cookies. It is mandatory to procure user consent prior to running these cookies on your website.
SAVE & ACCEPT